Not to be confused with Archie.

Archibald is a CPU Mii.

Archibald is an Advanced Mii.

Names in Other Languages

His name in Korean is Archibald 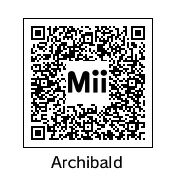 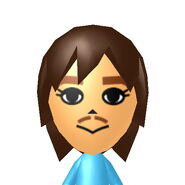 Archibald's offical body image.
Add a photo to this gallery
Retrieved from "https://my-miis.fandom.com/wiki/Archibald?oldid=44371"
Community content is available under CC-BY-SA unless otherwise noted.