My Miis Wiki
Register
Don't have an account?
Sign In
Advertisement
in: Miis, CPU Miis, Male Miis,
and 10 more

beef boss is a CPU Mii.

His level in Basketball is 3208 and plays with Christina and PaRappa.

In the Mii Hunger Games, beef boss was the male tribute for District 2. His female counterpart was Abby. He survived for four days before the tsunami hit the arena. Misy defeated him and threw him into the water to ensure he died.

beef boss is a Mii in the group Poofesure

His skill level in Swordplay is 1510.

His skill level in Basketball is 2000 and he is the Superstar Class Beginner. He plays with Kienan and Jim Pickens.

His placement in Cycling is 287th.

His skill level in Volleyball is 1200. 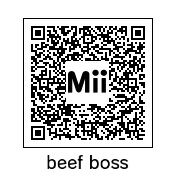 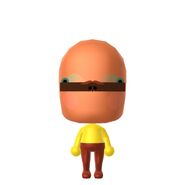 beef boss as he appears on the Wii U. 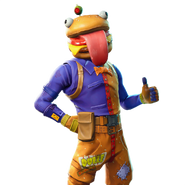 Beef Boss in Fortnite. (what the mii is based off of)
Community content is available under CC-BY-SA unless otherwise noted.
Advertisement