Borris is an elderly looking mii who appears in Wii Sports, Wii Sports Resort, and Wii Party. His favorite color is light green.

He is a Beginner CPU. 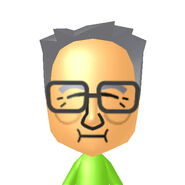 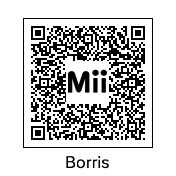 Add a photo to this gallery
Retrieved from "https://my-miis.fandom.com/wiki/Borris?oldid=24735"
Community content is available under CC-BY-SA unless otherwise noted.