Not to be confused with Connor.

Conway is a Mii that debuted in Wii Sports. He is ranked #25 out of Dadpleaseno's Miis.

In Boxing, he doesn't stop punching, but this is easily countered. His skill level is 9999.

In Table Tennis, he hits the ball higher than it's supposed to go. His skill level is 11863.

In Basketball, He is very similar to Tommy, but he jumps slightly higher, and shoots faster. His skill level is 8008, being the first opponent in the 8000 Class, and his teammates are someone and someone.

In Swordplay, he plays similar to Matt, but he swings faster and is more defensive. His skill level is 10993. 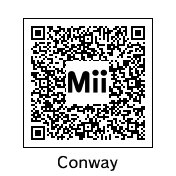 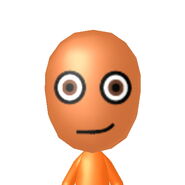 Conway on the 3DS
Community content is available under CC-BY-SA unless otherwise noted.
Advertisement