My Miis Wiki
Register
Don't have an account?
Sign In
Advertisement
in: Miis, Male Miis, Male CPU Miis,
and 9 more

cscoop is a Mii that debuted in Wii Sports. He is ranked #36 out of Dadpleaseno's Miis.

Cooper is good in Wii Sports.

In WSR, Cooper is still good.

In basketball, he has a skill level of 213890 and plays with Slimecicle and Ted Nivison.

In Wii Party, Cooper is a Master Mii. 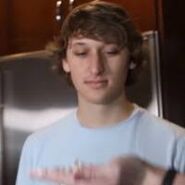 A picture of Cooper in real life.
Community content is available under CC-BY-SA unless otherwise noted.
Advertisement