My Miis Wiki
Register
Don't have an account?
Sign In
Advertisement
in: Miis, CPU Miis, SSBU Miis,
and 9 more

Not to be confused with Luca, Luca 2, Lucas or Luccas.

Lucas is a Mii from Wii Sports Resort and Wii Party. He is ranked #93 out of Dadpleaseno's Miis.

In WSR, Lucas is bad at everything except for basketball. In Swordplay, he just runs away from you and doesn't put up a fight. His skill level is -20 million. In Table Tennis, he has a skill level of 1 and gets scared when you hit the ball to him. In Basketball, he has a skill level of 20,000,011 and he turns the ball into electricity when you get it, making it impossible for you to do anything. He plays with Gold Mario and Silver Mario.

In Wii Party, Lucas is a Standard Mii. 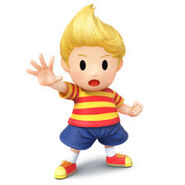 Lucas in Super Smash Bros. for Nintendo 3DS/Wii U. 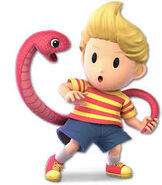