My Miis Wiki
Register
Don't have an account?
Sign In
Advertisement
in: Miis, Male Miis, Japanese Miis,
and 16 more

Masahiro Sakurai (pronounced "MAH-SAH-KHEE-RO" "SAH-KOO-RIE") is a Mii. He is ranked #49 out of Dadpleaseno's Miis.

He is very good at swordplay, with a skill of 99999. His table tennis skill level is 8. In basketball, he has a skill level of 99999 and teams with Iwata and someone. 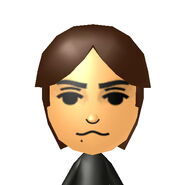 Sakurai on the 3DS. 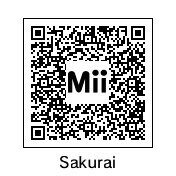