In Baseball, Mr. Person is good. He has a skill level of 9110. In Boxing, he has a skill level of 12345. Sometimes, he will randomly replace your opponent, except for any champions. In Tennis, he has the same skill level as in boxing, and can randomly replace both of your opponents, not including champions. In all sports where he does this, there is only a 5% chance this will happen. If you put in the combination of 1-2-1-2-A on your Wii Remote, you will unlock Mr. Person mode, where everyone is Mr. Person, including you. It doesn't matter who you pick.

His skill in every sport is 12345, and Mr. Person mode is still unlocked in the same way. This is even the case in cycling. The only Miis not replaced in Mr. Person mode are Rebecca and Guru Ant. 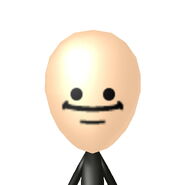 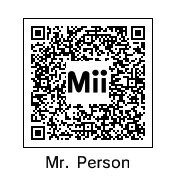