My Miis Wiki
Register
Don't have an account?
Sign In
Advertisement
in: Male Miis, Male CPU Miis, Miis,
and 24 more

In WSR, he also is good at everything. His skill in everything is 99999. In basketball, he plays with Sakurai and someone.

In Wii Party and Wii Party U, Iwata is an Advanced Master Mii. Again, this was to honor his legacy. 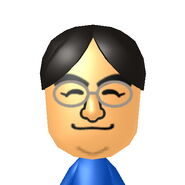 Iwata on the 3DS. 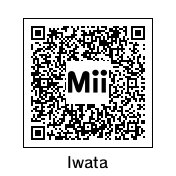