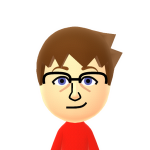 If you need help with anything, contact me on my message wall or another admin.

Names you can call me: Dadpleaseno, Matt, DPN

Note: I got the idea to make this from Great Soup!.

My boi right here! Way better than the other Matt. While yes, he is a tiny bit overrated, I don't really care. Also, f*ck the memes. I hate them because they made people hate Matt.

Note that my liking for her has absolutely nothing to do with Poofesure.

Best WSC boi! On average, he's the most liked WSC CPU! I know literally no one who doesn't like him!

I know that most, if not all people will disagree with me here, but Marie is actually cute and nothing will make me hate her!

Burn in hell with Faustine, where you both belong!

If you had a different name, maybe I would actually like you.

I HOPE YOU DIE IN A FIRE! YOU'RE SO MUCH WORE THAN TAKUMI! HARU AND MARIE ARE SO MUCH BETTER THAN YOU!

Retrieved from "https://my-miis.fandom.com/wiki/User:Dadpleaseno?oldid=42986"
Community content is available under CC-BY-SA unless otherwise noted.