My Miis Wiki
Register
Don't have an account?
Sign In
Advertisement
in: Miis, CPU Mii, Male Miis,
and 4 more

Not to be confused with Hiker Wario.

Wario is a CPU Mii in Wii Sports and Wii Sports Resort. He originally debuted in the Mario Bros. series, where he was not a Mii, but a playable character.

He is Mario's arch-rival and Waluigi's brother. He first appeared in Super Mario Land 2 for the Game Boy in 1992.

Wario's level in Swordplay Duel and Speed Slice is 0. His level in Basketball is 11983 and plays with Waluigi and Beef Nugget. In Table Tennis, his level is 3028. 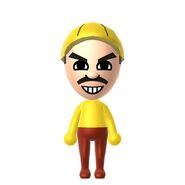 An alternate version of Wario. 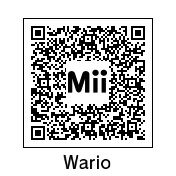